If you’re an entrepreneur, chances are one of your biggest questions has to do with the differences between C-corporations and S-corporations. While they have their similarities, they differ in several critical areas, such as how they operate, how these two entity types are taxed, and the ease with which they can be expanded.

Understanding the difference between these two entities is the first step toward registering your business legally. With the information below, you’ll be able to figure out the best option for your business.

What Is a Corporation?

A corporation is a group of people that is legally treated as if it was an individual. The people who own the corporation are called its shareholders. A corporation can make money and must pay taxes on that money, but unlike individuals, it cannot be put in jail for not paying its debts or for breaking laws.

There are many different kinds of corporations. Most are businesses, such as a car-making company or a grocery store chain. However, some people use corporations to hold their other assets (like stocks, bonds and real estate) in order to save money on taxes.

A corporation is created by the government of a state, who issues legal papers called articles of incorporation. Sometimes it is possible to create a corporation without going through the state government by creating something known as an unincorporated association. This usually has to do with religious groups or nonprofit organizations like charities or libraries.

What Is a C-Corporation?

The corporation itself pays the first layer of tax, and then the second layer of tax is paid by shareholders when they receive dividends. When you incorporate as a C-corporation, you’ll have to file separate annual tax returns for your business and yourself. This double taxation can make C-corps expensive to maintain, but it also offers the most significant amount of legal protection for its owners.

Because C-corps are separate entities from their owners, they offer limited liability. They are treated as their entities in the eyes of the law and are therefore responsible for taxes, debts, and any legal action taken against them. Suppose something happens to the business (like going bankrupt or being sued). In that case, the owners aren’t responsible for the debts the C-Corp may incur, and shareholders will only lose what they invested in the company. Their assets are kept safe.

What Is an S-Corporation?

An S corporation is a particular type of corporation that can only be created through an IRS tax election and must meet specific requirements. If approved, an S-Corporation has the same legal structure as a C-Corporation regarding liability protection and ownership, but the difference lies in how it’s taxed.

In addition, forming an S-corp provides limited liability protection for its owners. And it does not require the formalities of regular corporations, such as maintaining corporate minutes or holding shareholder meetings.

This differs from other business entities, such as C-Corps, which are taxed twice — once at the corporate level and again at the individual level when dividends are paid out to shareholders. Therefore, the S-Corp election is less costly and allows small business owners to avoid double taxation while enjoying limited liability protection.

An organization can only attain s-corp status through the IRS if all its shareholders sign and submit the 2553 form. In addition, the organization must meet the following criteria:

Attaining the s-corp status can be a complex and time-consuming process, but the tax-saving benefits can be beneficial once set up.

How to Form a C-Corporation

Here’s a quick overview of how to form a C-corporation:

How to Form an S-Corporation

Your business must meet a few requirements to qualify for S-corp status with the IRS. Here’s a quick overview of how to get started:

Here’s a quick overview of the significant differences between S corporations and C corporations to help you decide which is suitable for you:

A big difference between how S-corps and C-corps work is how they’re taxed. C corporations are taxed at the corporate level, and then shareholders pay taxes again when dividends are distributed. S corporations do not pay any federal corporate taxes on their profits. Instead, the company’s income or losses flow through to the shareholders, who report them on their tax returns.

S-Corporations have fewer reporting requirements than C-Corporations because they are not subject to double taxation. There is no tax at the corporate level and then again on profits when distributed as dividends to shareholders. It also means that shareowners don’t have to pay self-employment taxes on paid salaries.

Here are three questions you should ask yourself before becoming either a c-corporation or s-corporation status:

Do I Want to Limit My Shareholders?

A C-corporation can potentially have an unlimited number of shareholders. On the other hand, An S corporation is limited to 100 shareholders. This makes the S corporation structure more attractive for small businesses. However, if you expect your company to grow beyond that point, you might want to consider a C corporation.

Is Double Taxation Worth It?

Double taxation is one of the most significant disadvantages of a C-corporation. Even if you’re the sole owner, you’ll pay taxes on your profits twice: once at the corporate level when they’re earned and then again as personal income when you take them as dividends. In contrast, S-corps are only taxed once at the owner’s level.

However, there are some circumstances where double taxation can be worth it. For example, if your corporation has significant profits and you will be hiring employees in the future, a C-corp can shield those profits from personal taxes until they’re paid out as wages. That’s because wages are subject to payroll and income tax, but dividends aren’t subject to payroll tax.

In addition, your business might be more profitable if its taxes were paid at lower corporate tax rates than your income tax rate.

Is There Another Option That Works for Me?

The most significant difference between C-Corps and S-Corps is their tax status. In the eyes of the IRS, a C-Corp is a distinct entity from its owners, so it pays taxes on its earnings. This is called double taxation (because the company and its owners both pay taxes on profits), and it’s a significant drawback to forming a C-Corp.

S-Corps don’t have to pay taxes on their earnings. Instead, profits and losses are passed through to the owners, who report that income on their tax returns. In other words, the company itself doesn’t owe any money — the owners do. But they only pay once, so there’s no double tax.

But there is another type of corporation called a limited liability company (LLC), which is also taxed differently.

LLC stands for limited liability company. It is a type of business structure that allows the owners to limit their liability. An LLC is similar to an S-corporation in that it is a separate legal entity from its owners. However, it differs from corporations in several important ways.

LLCs are considered “pass-through” entities, meaning the company profits and losses pass directly to the LLC members’ tax returns and are taxed at their individual income tax rates. This can save the business owner money on taxes over time if taxed at a lower rate than the corporate rate.

LLCs have fewer formalities than corporations. Unlike a corporation, LLCs do not need to hold annual meetings or keep minutes of meetings and resolutions. They also don’t have officers, directors, or shareholders.

An LLC is a business structure with its own rules, regulations, and tax obligations. An LLC can be used for any business, including real estate investment businesses, restaurants, or retail operations. Professionals like doctors and lawyers can also use an LLC to structure their practices.

Which Entity Type Should You Choose?

When it comes to forming a new business, many different paths and options are available to entrepreneurs. One of the first questions you’ll inevitably face is choosing what type of business entity you want to form.

Two of the most common business entities for small businesses are C-corporations and S-corporations.

Both C-corporations and S-corporations have advantages and disadvantages, so you must understand each one before deciding which one to pursue. This post covers all these aspects in detail.

What is a Good Gross Profit Margin? 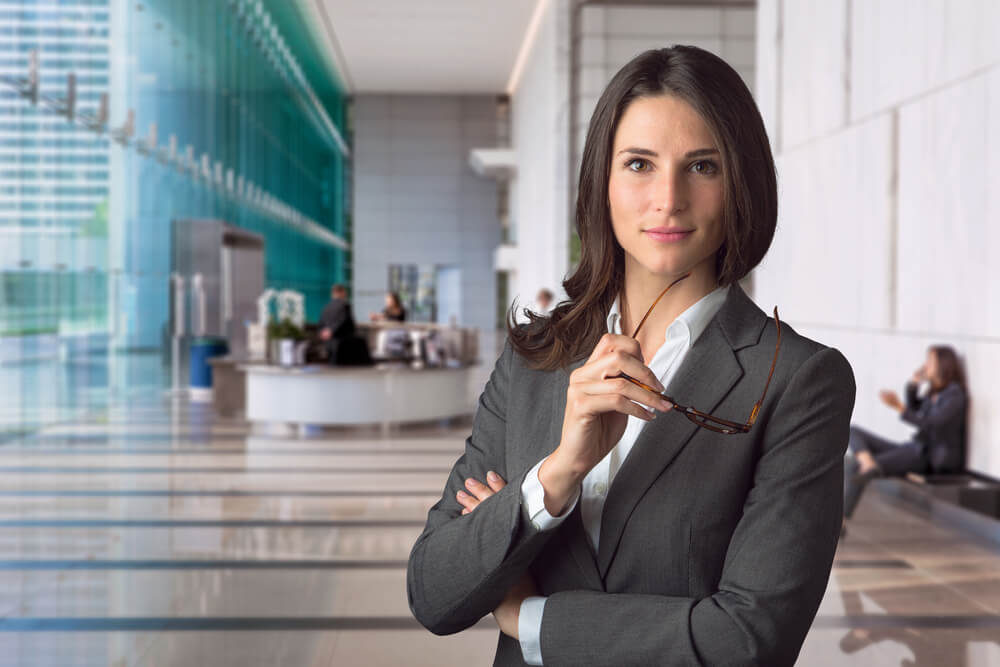 7 Questions to Ask When Interviewing a CFO 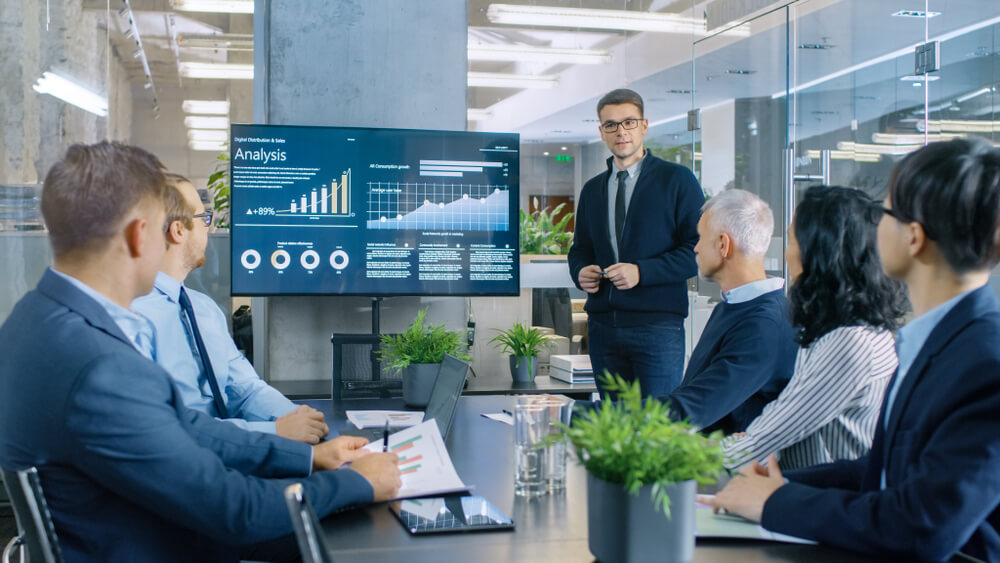